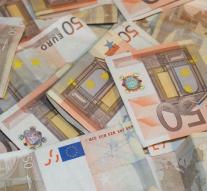 nijmegen - The Nijmegen Rigter Group, which provides sheltered housing for vulnerable groups, has estimated not to spend 1.1 million euros of care on clients. This is reported in a report from the municipality of Nijmegen on Tuesday. The municipality has initiated a procedure to recover the money.

According to the municipality, the management of the institution, 'Zorggeld for very vulnerable people', has been misused. Care for clients was irresponsible. More money has been declared for care than was actually taken care of. Pgb money is also used for other costs. Early last year, the Health Care Inspectorate already requested improvements at the institution.

At the institution, forty people currently live at different locations in the city. They were informed by the municipality on other housing on Tuesday. The Rigter Group should not accept any new clients

According to lawyer Gert Jan Pulles of the Rigter Group, the municipality does not understand how the personal budget (pgb) works for assisted living and therefore has drawn incorrect conclusions, he said on Tuesday. Pulles mentions the practice of the municipality, 'worrying government action. 'The Rigter Group did not get time for a response to the research report and should not explain, he says.

On Monday, Nijmegen made a statement against fraud against the Rigter Group. The institution is now considering steps towards the municipality.