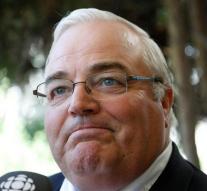 - A former Canadian bishop, was found guilty of polygamy. The 60-year-old Winston Blackmore is married to no less than 24 women and has 148 children. Blackmore was on Monday with his brother-in-law James Oler (53), who has 5 women, for the British Columbia Supreme Court. Both can get a jail sentence of five years.

The two sector leaders come from Bountiful, a small town in British Columbia with about 1, 500 inhabitants. The men have been fighting for decades with the Canadian authorities. Polygamy is forbidden in Canada, but in connection with their religion, the men find that they have the right to marry more women. The first investigation was launched in the 90's and there is a possibility that the suspects will also come to the Canadian Supreme Court with this case.

Blackmore has been a bishop for several years in the fundamentalist church of Jesus Christ of Latter-day Saints. After being interviewed in 2002, he started his own sect.