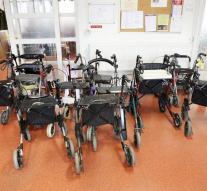 woodstock - A Canadian nurse has known during a lawsuit that she has killed eight elderly patients by injecting insulin without medical reasons. This caused five women and three men between the ages of 75 and 96.

She also known four attempts at murder and two cases of serious abuse.

The nurse, Elizabeth Wettlaufer, worked for two branches of a major care institution in the places of Woodstock and London in Canada, Ontario. Her motive for the murders is not clear.

In September 2016, the police began investigating the deaths after a tip. The woman did not work in the nursing homes. Wettlaufer can be sentenced to life imprisonment.