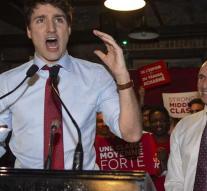 ottawa - Canada has dismissed its ambassador in China. Prime Minister Justin Trudeau announced that on Saturday. Trudeau gave no reason but the resignation comes shortly after John McCallum was in media...

In a newspaper, McCallum noted that he would consider it 'great for Canada' if the US were to withdraw the extradition request for the Chinese businesswoman Meng Wanzhou. Wanzhou is suspected by the US of violating sanctions imposed on Iran. She was arrested in Canada and released on bail.

Trudeau has appointed the second man at the embassy, ​​Jim Nickel, as agent.