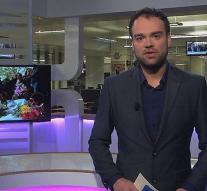 london - The British security forces since June, seven terror attacks foiled. They were smaller than the massacre in Paris, said Prime Minister David Cameron on Monday. "We know these cells operating in Syria and radicalize people in our countries and possible return of people to carry out attacks," the British prime minister.

Cameron warns that such attacks can also happen in Britain. He therefore earmarking additional funds for security at airports. In addition, there are more people employed by the intelligence and security services.