Home / Tech / Cameras in billboards for the time being 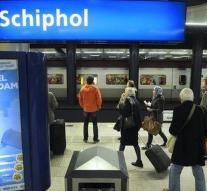 According to Exterion, the sensors count how many people walk along the screen. No recordings are made, images are not saved and the cameras can not see who it is, emphasizes the company.

The Authority does not know whether the sensors are allowed. In general, people can only be filmed when they have given permission and should be free to refuse. But if camera images do not track who it is, there is no personal data and the authority is not over.