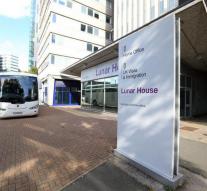 london - Fourteen migrant children traveled by bus Monday in the French port of Calais to Britain. It is a first group of possibly hundreds of unaccompanied children who wish to record the British Government.

The fourteen children arrived in Croydon in south London. They stayed without parents or other supervisors in the 'jungle', the refugee village near Calais. They are reunited in Croydon with family members who have lived in Britain.

A week ago, reached the British Home Secretary Amber Rudd and his French counterpart Bernard Cazeneuve agreement on the rapid transfer of unaccompanied migrant children from Calais to Britain.