Home / World / BURQINI prohibited on the beach at Cannes 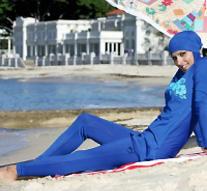 cannes - The mayor of the French fashionable resort of Cannes has banned swimmers to wear swimwear,, reflecting a religious belief, while France is now the target of terrorist attacks. '' This concerns in particular the BURQINI, the body-covering swimwear wearing devout Muslim.

Mayor David Lisnard told the newspaper Nice-Matin that he took the decision under the state of emergency, in force in the country since November.,, We have not banned the veil, not the yarmulke, not the cross, there is simply a ban on the symbol of Islamic extremism. ''

Muslim organizations have called to jointly appeal against any fines.