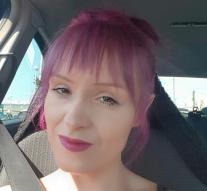 swansea - A 34-year-old woman from the English city of Swansea was buried alive by her husband. The woman named Stacey Gwilliam, survived a wurgpartij and was lucky it was not too deep dug the grave.

In a British talk show does Stacey, a year after the event, her story. 'I could not breathe, do not move, I felt like I was paralyzed. When I woke up, there were branches and sand on me. I could hear my heart beat and in the background I could hear the sea. It read like everything in slow was motion. '

Stacey I managed to crawl out of the grave with her nails and crawl into a parking lot. There she was found by a passer-by and taken to hospital, where she was held 26 days in a coma.


Her husband claimed his arrest could never find the police Stacey. When he heard that his ex-fiancee was still alive, he was rather shocked. The man has been lifelong.