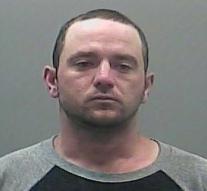 limestone county - A burglar from Limestone County, Alabama, was so comfortable in the house of a total stranger that he decided to bake an egg, wash his clothes, cut toenails and bathe. When the resident of the house discovered the 31-year-old man, she asked him to leave, but he declared that he was her grandson: 'Do not you know that?'

Burglar Tyler Love told the resident, Mary Royster, that he was waiting for the dryer to be ready. While Love was taking care of himself as well, he also searched every load in the house. Mary Royster: 'But he also shaved and brushed his teeth.

Royster says to WAAY31 that she is happy that the uninvited guest was not aggressive: 'I can laugh at it now. 'She continues:' At first it was a bit scary, I went outside and called the police. Waiting for the agents was debilitating. But also funny. '

The burglar is currently in Limestone County prison. Tyler Love has already been detained for burglary.