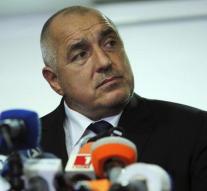 - The Bulgarian Prime Minister Boiko Borisov on Monday submitted the resignation of his minority government in parliament. His GERB party lost Sunday's presidential election, which the 57-year-old politician already announced that it would resign.

Tsetska Tsageva of the center-right GERB went into the election down against the socialist opposition candidate Rumen Radev. In his resignation letter to parliament Borisov writes that his government will remain to settle the pending cases, until the election of a new government.

The resignation of the government of Borisov will probably lead to a months-long political crisis, which will result in early elections next spring.