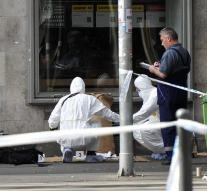 budapest - The Hungarian capital Budapest is Saturday rocked by a strong explosion. Two patrolling officers were seriously injured. Initially, police, emergency services and government refused to comment, but Sunday told police commander Karoly Papp it was a purposeful action. It is still unclear is behind attack.

' On the basis of the evidence that we have now, it must be concluded that these police officers were victims of an attack. The whole Hungarian police were targeted, they wanted to execute my people, '' said Papp. The explosion took place just after half past ten on Oktogon Square, a popular entertainment district in downtown, not far from the Danube. According to media reports, a bomb exploded in the street for a home.

In Hungary it is often speculated after the attacks in Paris and Brussels over attacks in their own country. Prime Minister Viktor Orban has been an outspoken opponent of allowing a large flow of refugees, especially when the European Union determines how many immigrants should include every country.