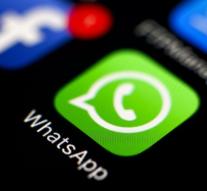 - The European Commission represents a tightening of supervision of communication services such as Skype and WhatsApp. According to the British Financial Times are tech companies like Microsoft (Skype) and Facebook (WhatsApp) subject in the upcoming revision of the rules on telecom services to stringent privacy and security rules.

This would want Brussels to dictate rules on how companies can earn money on user data. The revision of the rules for September on the agenda. The newspaper refers to internal documents of the authorities in Brussels. In addition to Facebook and Microsoft stricter rules logically apply to competitors such as Google and other, mostly American companies.

The stricter supervision of US tech companies would lobby success of the European telecoms sector. Companies such as Deutsche Telekom, Telefonica and Vodafone have been complaining for years that they as network providers are subject to stricter rules than Internet service providers. The telecom companies are therefore calling for equal lines and preferably for a relaxation of the rules.


Even though there is more dissatisfaction with the way American companies make money with online communication, without coming up in networks have to invest. The tech companies refute these criticisms. They say that the use of mobile Internet just by their services to consumers has become more attractive.