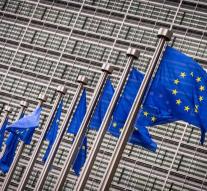 brussels - The European Commission has taken legal action against Poland because of a new law reforming the rule of law. The procedure for infringement of EU legislation was launched on Friday after the law was officially published, the commission announced on Saturday.

Poland must respond to the notice within one month. An infringement can lead to a case before the European Court of Justice.

It is a law that entitles the Minister of Justice to appoint, dismiss, or extend the employment until the retirement age of presidents of ordinary courts. Through this discretion, the independence of Polish courts is undermined, fearing the commission.

It is also not possible for Poland to introduce a retirement age of 60 for women and 65 for men for the lower courts. That is discrimination, according to the committee.

Deputy Prime Minister Frans Timmermans has again invited the Foreign Affairs and Justice Ministers to 'resume the dialogue. 'Brussels is deeply concerned about four new laws that authorize the government party PiS on the judicial system.