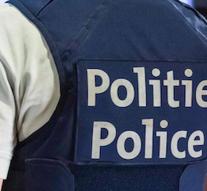 brussels - A police officer in Brussels is in the cell because he would have spoken of terrorist suspects. Through WhatsApp he gave information about an investigation into them, reports The Latest News.

The Brussels court and the P committee have been investigating this Momo E. S. for a number of weeks and are convinced that suspects spotted secret information about an ongoing terrorist investigation.

He worked as a 'dispatcher' at the Brussels-North zone, thus knowing where and when incidents would occur. It is not yet clear how long he had contact with terrorist suspects.

E. S. was arrested last Monday for work for breach of professional secrecy and corruption. However, there is not yet a terrorist offense.

The police officer has already been questioned and is currently in prison of Sint-Gillis. Soon he will appear for the Belgian boardroom.