Home / World / Brussels defends himself against criticism US 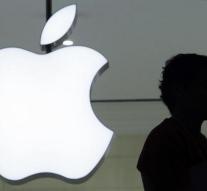 brussels - The Commission denies that its inquiries into possible unfair tax breaks for multinationals, especially against US companies targeted.,, There is absolutely no trace of bias, 'said a spokesman for the competition watchdog Thursday.

The US Treasury Department warned Wednesday about the negative consequences of the investigations and possible refunds for the US In general terms, was even threatened with possible countermeasures.

Brussels has spent years researching the legality of tax benefits offered by Member States to companies like Apple, Google, Amazon and McDonalds. Which may come down to unfair state aid and must be shown if it is repaid. Such is the case with the Dutch tax deal with coffee chain Starbucks.


The commissiezegsman stressed that there is no distinction of nationality and that European companies like Fiat are examined.