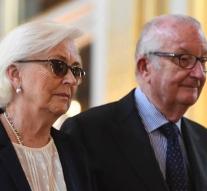 - In Rome, the brother of Queen Paola of Belgium passed away. Prince Antonello Ruffo di Calabria became 87 years, reports the VRT based on Italian media.

Queen Paola was the youngest in a family of seven children. Prince Antonello was the second youngest. The other brothers and sisters of Paola (79) have already died.

Antonello is described in Italian media as a fervent traveler and artistic man. Antonello founded the first ornithological nature park in Italy, Selva di Paliano. He was also the 'first aristocrat who traveled to Cuba after the revolution.' He collected steam trains and even built a private railway in 1984.

About the funeral of Prince Antonello nothing is known yet.