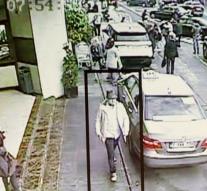 brussels - The Belgian police on Monday arrested the younger brother of terror suspect Mohamed Abrini. Abrini Ibrahim was arrested in early March because of the terrorist attacks in Paris, but released under conditions because there was insufficient evidence to hold him longer.

Because he has violated conditions he is arrested again, the Flemish channel VTM reported. The case is, according to the federal prosecutor from the three terror suspects who were arrested last weekend in Belgium.

Mohamed Abrini is better known as the man with the hat which left Brussels Airport on March 22 before his explosives went off. He was finally arrested in Brussels on 8 April. The French authorities also suspect him of involvement in the attacks in Paris.