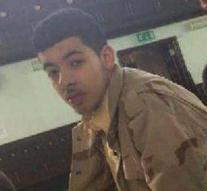 manchester - Ismail Abedi (24) Ismail Salman Abedi's brother of suicide terrorist was released on Monday without charge. According to the BBC, he was one of the 18 people arrested by the British police after the attack at the Ariana Grande concert in Manchester.

The police in Manchester reported Monday that Twitter had indeed released a man, but it was about a 23-year-old man and did not call a name. A little later, the tweet was removed for unknown reasons.

There are ten more suspects in detention who are suspected of joining a terrorist organization. On 22 May, Salman Abedi commenced an attack with a homemade bomb, with 22 concert goers killed and 116 people injured.

The third brother, Hasham (20) and father of the three, Ramadan Abedi, were arrested in Libya on suspicion of accomplice. They are still stuck.