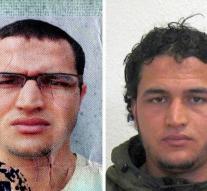 oueslatia - A brother of terror suspect Anis Amri who was behind the attack on the Christmas market in Berlin, Anis calls to surrender. That says his brother Abdelkader against Associated Press. The family Amri in the Tunisian city Oueslatia shocked by the terrorist attack on Monday.

'If it is proven that he was involved, we take our hands off him,' said Abdelkader Amri. It is not proven that Anis has already been radicalized in Tunisia. There is a possibility that Anis radicalized in the Italian prison where he had been detained after he had left Tunisia.

This is what we know so far Anis Amri.