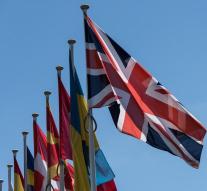 london - Britain goes to the polls Thursday for a referendum that could have far reaching consequences for all of Europe.,, Should the UK remain or leave the European Union and countries of the European Union? ', The question is to answer the British.

The proponents of a so-called brexit had until last week a narrow lead in the polls. Now the 'stay camp (bremain, ed.) Minimum lead.

The polls open at 08. 00 am (Dutch time) and the British have until 23. 00 hours to determine whether their future lies within or outside the EU. The first results are expected at the beginning of the night. If it is not neck-and-neck race, may clear whether the brexit materializes around 05. 00 pm.