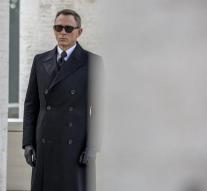 london - The British intelligence service MI6 expands the number of spies considerably. Currently it is 2500, four years must 3,500 secret agents for Queen and country on the road, the BBC reports. As usual MI6 refuses any communication about his spies.

The chief of intelligence, Alex Younger, said this week that for the time being will continue for years the threat of Islamic terrorists. Conquer territory by Islamic State is not a real solution, he argued.

MI6, by authors such as John le Carré (George Smiley) and Ian Fleming (James Bond) known and made famous by the general public, operates in foreign countries with the aim to defend British interests.