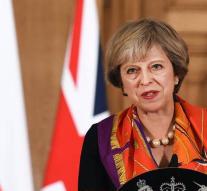 london - All eleven British Supreme Court judges consider on Monday for four days over whether the government or parliament can terminate the membership of the European Union. Which paralyzes the thorny issue 'brexit policies 'of the government of Prime Minister Theresa May, who had already announced a timetable for the departure from the EU (brexit).

Which now threatens to be messed up by individuals. Who complained to a court that the parliament should decide the brexit and the magistrates gave the complainants alike. It is this recent ruling that the government is challenged in the Supreme Court.

Tempers run high. Numerous supporters of the brexit seen in the legal proceedings against leaving the EU an attempt by the wealthy elite to nullify the results of the referendum-June. A majority of voters, especially older English, then chose the brexit.

The sessions of the Supreme Court will be broadcast live on the Internet, but a thrilling climax is not expected this week. British media believe that the ruling comes in January.