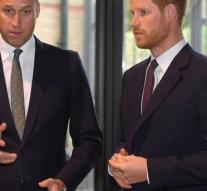 - The Royal Foundation, the charity organization of the Duke and Duchess of Cambridge and Prince Harry, will raise £ 2 million in dealing with mental illness. The money goes to a company that develops digital resources that make it easier for people to talk about their mental state and to seek digital help.

It is the largest donation of the fund ever since its foundation in 2011. The British royals have long been in a position to discuss mental health problems. In particular, the Heads Together campaign was set up, through this campaign, the London marathon, among other things, focused attention on these diseases, which are often a taboo.

Prince Harry has also suffered from depression. This spring he spoke openly about his black periods. Prince Harry, with his story, wanted to break the taboo on mental health care.