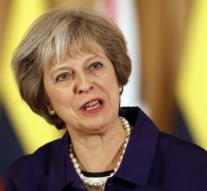 london - British Prime Minister Theresa May has the sun set for the judges who have ruled this week that the parliament has control of leaving the EU. The ruling was a slap in the face of May, finding that the Government may terminate the membership of the EU.

May says she believes in the independence of our judiciary ' '' and who appreciates. ' I also appreciate the freedom of our people, '' she while noting according to the BBC.

She was referring thereby to the criticism which had expressed newspapers on the ruling. The Daily Mail labeled as the judges ' as enemies of the people ''. The current parliament has for the referendum on EU membership expressed by a majority against the brexit.

May expects himself appealed yet to meet its equal.