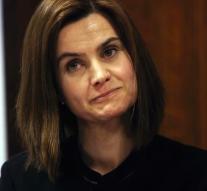 london - The threat of violence from the extreme right in Britain appears to be increasing. That warning uttered a director of the British anti-terror department Thursday. He defended himself in front of the Guardian against the allegation that the police did not take so seriously the threat of neo-Nazi terror as those motivated by Islamic terrorism.

'We recognize that lives can be destroyed and the cohesion of communities can be undermined in exactly the same way as other forms of extremism,' said director Neil Basu at the newspaper.

The threat of the extreme right regains more attention in the British press since the murder of Labour MP Jo Cox last summer. Her killer Thomas Mair, a Nazi admirer, was sentenced Wednesday to life imprisonment by the court. The 41-year-old Cox campaigned for the preservation of EU membership.

Authorities still send more people with right-wing extremist ideas to a special deradicalisation. In one year the number of cases rose by three-quarters, from 323 to 561.