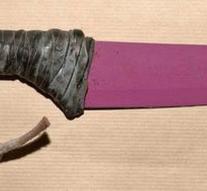 london - The British police have outdated where the terrorists who had a double attack in London on June 3 had their knives. The three stuck in Borough Market with pink knives on passers-by. They bought the stools in a store in East London, so it has come to grips.

Scotland Yard declared Tuesday that he was trying to find out about the white Renault bus that the terrorists used for the first assault they committed. They drove on hikers on London Bridge, Saturday evening by ten o'clock local time. Then they drove to Borough Market.

The researchers have so far spoken with 262 people from nineteen countries to find out. Of this group, 78 people are considered as 'important witnesses.' The double attack killed eight people and injured 48 others. The police shot three deaths.