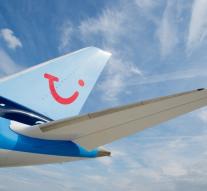 - A British passenger plane is late August narrowly escaped a missile over Sharm el-Sheikh. The pilot saw the rocket and dodged it just in time.

This was reported by Daily Mail. The plane tour operator Thomson with 189 passengers on board was en route from London to the Egyptian resort.

" The pilot gave the order to turn off to the left to the rocket, which shaved about 300 meters from the aircraft to avoid ", reports a source. Only the crew was informed after the safe landing.

The incident took place on August 23, just two months before the crash of the Russian Airbus, in which all 224 passengers died.