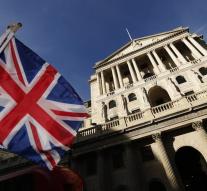 - The British Parliament must approve the brexit. Which decided the British court Thursday.

The parliament must take the next step to leave the European Council.

The Conservative government of Prime Minister Theresa May will find that it is the job of the government. Opponents of the brexit try with legal procedures to obstruct the departure from the EU. In parliament there is no clear majority for brexit, which the British decided by referendum.

To actually leave the EU, a Member State of the European Council, so the EU summit and the leaders of the other Member States, formally notify the intention to withdraw from the union. In Article 50 of the Lisbon Treaty (2007) stipulates that the parties then have to arrange how they proceed in two years.

According to observers, the brexit is legally very difficult job. In the June referendum on EU membership showed a small majority mainly English voters for brexit. Northern Ireland, Scotland and Wales are against. Formally, the referendum not even binding.