Home / World / British Muslim family can not go to Disneyland 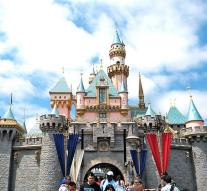 london - A Muslim family from London who had planned a vacation to Disneyland in California, the United States should not be in. The family was about to depart from Gatwick Airport when they were told by US officials that their travel authorization was revoked.

A Member of Parliament from the Labour Party said that a growing number of Muslims in Britain without explanation denied entry to the US. He Prime Minister David Cameron asked the US authorities to address this, reports the newspaper The Telegraph.

The family, two brothers and their nine children, had thousands of pounds saved up for the holidays. One of the fathers think the refusal is related to recent attacks in the US They think that every Muslim is a threat.