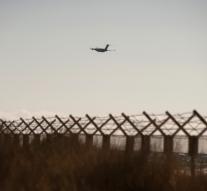 london - British warplanes have carried out for the second time bombardments on targets of Islamic state in Syria. According to the Ministry of Defence are oil fields in Syria attacked, reports The Guardian.

The oilfields are an important source of revenue for IS.

The first British attack took place in the night of Wednesday to Thursday, shortly after the British Parliament had approved air strikes on targets in Syria IS.