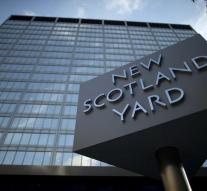 london - The London police takes action against racism and other hate crimes online. That problem has become bigger after Brexit referendum. That is why the police is an Online Hate Crime Hub, British media report Sunday.

The unit is called the 'Twitter squad. The five detectives must scour social media to hatred and pass it so that the perpetrators can be arrested.

Not everyone is happy with the cyber detectives. '' We want more police on the streets, no thought police. Online bullying is an increasingly serious problem, but police have no business looking up and turn into chat room administrators, '' said Tim Farron leader of the Liberal Democrats.


The Mayor of London had to do more research. It showed that 'online hate 'is increasing. On social media, people can anonymously spew their bile. Agents are not able to address it, because they do not have enough understanding of it.

The unit will have the next two years, 1.7 million pounds, converted 1.5 million.