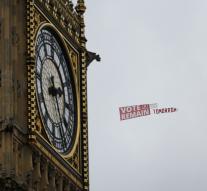 london - The negotiations on the division of the European Union and Britain may take up to ten years and the result can then be rejected by any of the other 27 EU Member States. This is the British Ambassador to the EU, Sir Ivan Rogers, recently told British ministers, the BBC reported Thursday.

This warning about leaving the EU (brexit) casts a shadow over the plans of Prime Minister Theresa May to the end of March to terminate EU membership and establish a new relationship than two years. Rogers also said that most European leaders think that there should be a new free trade agreement and that the British after the brexit certainly no longer part of the internal EU market.

Thursday, the EU leaders meeting in Brussels. Prime Minister May will not be at dinner, when the rest of the departure of its country from the union talks.