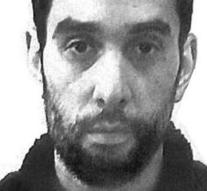 - Intelligence agencies think they know who from Syria ordered to commit bloody attacks in Paris and Brussels. It would be a 32-year-old Belgian of Moroccan origin, Oussama Atar, has Le Monde French newspaper report Tuesday.

Atar has already been named as the mastermind behind last year's attacks on November 13 in Paris and 22 March in Brussels this year. In addition, 163 people were killed and nine terrorists committed suicide. The researchers argue that the man remains under the pseudonym Abu Ahmad in Syria and an important figure in the movement Islamic State.

Atar is the cousin of two brothers, Khaled and Ibrahim Bakraoui that their ends were as suicide bombers at Brussels Airport and Maelbeek Metro Station in March.