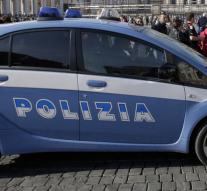 rome - Italian police have arrested a 26-year-old Tunisian who had quite the attention drawn to themselves via Facebook.

First he glorified attacks perpetrated in the name of Islamic State (IS), then he placed photographs of potential targets for new attacks, including the Tower of Pisa, the Italian news agency ANSA reported Friday.

Then the man put a list of names of 'martyrs', ending with his own name, but once the police decided to intervene. The man was arrested. Apparently there was no concrete evidence that he really was about to carry out an attack; the authorities will send according to ANSA deportation to his native country.