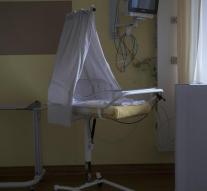 - A 9-year-old German boy has managed to avoid a stranger woman his newborn brother took from the hospital.

The little baby, one day old, lying beside his mother to sleep when the woman walked into the hospital room and took the baby out of the cot. Then she walked with the boy in her arms toward the exit of the hospital, the German newspaper Die Welt writes.

The 9-year-old boy witnessed the kidnapping, rushed the 34-year-old woman chasing and spoke to her after the woman gave back the child.


The woman, who made a confused impression is transferred to a psychiatric hospital. What was her motive is still unclear.