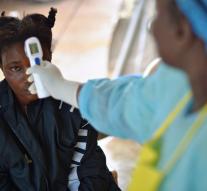 - A boy of fifteen years in Liberia deceased to the Ebola disease. He is the first death since the African country in September formally been declared Ebola free. The boy died Monday at a hospital in the city of Paynesville.

The boy was last week tested positive for the disease. Even with his father and brother Ebola detected. Liberia now controls 153 people of whom it is established that they have had contact with the deceased boy. Health authorities in the capital Monrovia have two experts from the US Centers for Disease Control and Prevention asked to come looking for the source of the disease.

The World Health Organization WHO suspects that the disease can be transferred by people who have previously been cured of Ebola. The WHO declared Liberia this year twice already officially free of the disease.

Since the outbreak of the virus in West Africa in March 2014 are already 11 300 people died of Ebola.