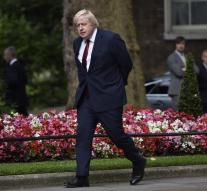 - Brexit frontman Boris Johnson is the new Minister of Foreign Affairs in the UK.

One by one, new names of the Cabinet of the brand new prime minister Theresa May announced. Philip Hammond, formerly foreign minister and a confidant of David Cameron, go to Finance.

Ex-mayor of London, Boris Johnson, the Minister will post of Foreign Affairs. A popular place for the fierce defender of Brexit.