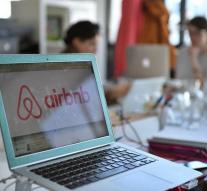 san francisco - Airbnb is planning a new market. It is now possible to reserve tables in restaurants through the platform. First, only in the United States, at about 650 establishments in New York, Los Angeles and San Francisco, but later this year, also in other countries.

Airbnb wants to grow into a kind of travel agency, where people not only rent their holiday home, but also book their flight there and arrange a variety of on-the-spot excursions. Thus, Airbnb wants to compete with companies like Priceline (the parent company of the Dutch Booking.com) and Expedia.

The option to reserve a restaurant does not come unexpectedly. Airbnb had an interest in Resy last year, making booking apps.