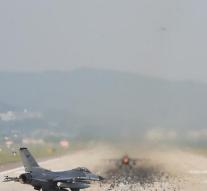 - "American bombers have flights operated near the border with North Korea. It involves two B1 bombers, stationed on the island of Guam."

"The planes flew over a South Korean air base. The bombers were escorted by US and South Korean fighter jets."