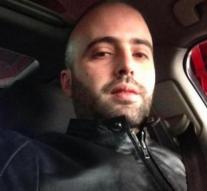 brussels - The self-bombed bomb with which Oussama Zariouh wanted an attack on Brussels on June 20 could have a power of fifteen grants if the explosive had been better put together. That's what experts say in the Belgian newspaper Het Laatste Nieuws.

That the half-bombed nail bomb could have made many more victims would appear from pictures and camera images from the police file. A picture of the newspaper shows a mountain of nails on the station floor. The nails are blackened by the flames.

The bomb was probably made in the Louis Mettewielaan house, in the infamous Molenbeek district. The parquet previously confirmed that chemicals and other materials were found there.

Also read: Cause Brussels to be known for drugs