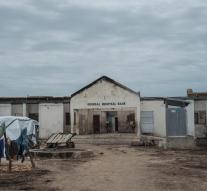 abuja - Suicide terrorists of the terrorist organization Boko Haram appear to be largely women and children. This is evidenced by a report released by researchers from the United States Terrorism Center with Yale University.

The researchers analyzed 434 suicide attacks between 2011 and 2017. Of the 338 assaults that could be identified by the perpetrator, 244 perpetrators were found to be feminine. The youngest assassin was a girl of seven.

After 276 schoolgirls were abducted in the Nigerian city of Chibok in April 2014, the number of female suicide terrorists increased. Boko Haram mainly involves women because they are less frequent and thus blocking bombs.

Boko Haram is mainly active in Nigeria and has killed about 35,000 people in the last six years, mainly citizens.