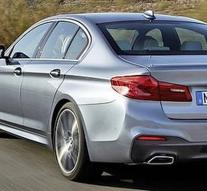 - BMW is propelled taxis bets in Munich. Does the Bavarian automaker next year, report Reuters. For the time being there is still a trained driver behind the wheel to monitor the self-propelled systems in the car.

Initially, BMW is forty self-propelled vehicles deploy in central Munich. Thereafter, the project will expand to other cities.

BMW already has a car-on-demand service in Seattle. ReachNow is similar to services such as Car2Go and Greenwheels in the Netherlands. When that service in Seattle was introduced, there were 14 000 people who were subscribers within four days, explains Tony Douglas, the main strategy of BMW's mobility services. '' Someone else has paid the money to learn about the market these services and then we came up with a cool product. We will not be the biggest, but the coolest. ''