Home / World / BMW calls cars for airbag back in China 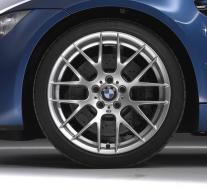 - Automaker BMW calls in China about 200,000 cars back to the garage because of problems with airbags. These are models equipped with airbags from the Japanese manufacturer Takata, reported the Chinese regulator Monday.

It is not the first time that cars are called back to the garage to problems with the airbags from Takata. The Japanese company is in trouble hit by a defect in the inflator are airbags that could explode. In some cases, taking drivers fatally hit by pieces of metal that were thrown by the car at high speed.

Worldwide, millions of cars recalled to the garage to service the airbags. Automakers want the costs of stories Takata. The damage is expected to run into billions.