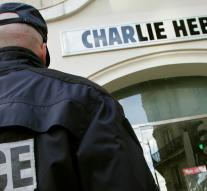 - The attacks on Friday in Paris a new low for France. The country has had a turbulent year behind, with one attack after another. An overview of the most recent terrorist acts :

Thalys, August 21, 2015 : A man locks himself with a loaded Kalashnikov in a toilet of the Thalys train from Amsterdam to Paris. When he comes out, creating a struggle with passengers. They overpower the man. There are three wounded.

Lyon, June 26 : A man beheaded his former boss at a gas company near Lyon. He impales the head on a fence, leaving behind a flag of the Islamic State. Then he rams the factory with his van. This creates an explosion and fall two wounded.

Nice, February 2015 : A man puts on three soldiers guarding a Jewish community center in Nice. They are injured. The man was arrested.

Paris 7-9 of January: Two brothers urge the editors of the satirical magazine Charlie Hebdo in. They shot twelve people dead. Then they flee. Eventually, they entrench themselves in a printing house outside Paris. If they break, agents shoot them. A day after the attack on Charlie Hebdo is shot dead a policeman. The gunman then people hostage in a Jewish supermarket in Paris. Four people killed. The perpetrator is shot by the police.