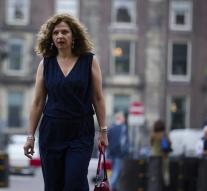 - Minister Edith Schippers (Health) calls the first experiences with the European blacklist of doctors who can no longer do their work in their own country promising. Since January, there were more than 3,700 reports from twelve European countries.

From the Netherlands came thirteen reports of doctors, dentists and other healthcare providers who may not do their job here. Schippers reports that Tuesday during a conference where EU representatives to talk about the new warning. The approach should avoid doctors who may not get to work in their own country, just able to work in another EU country.

That discussion flared up after the fuss is about, among others, the Enschede neurologist Ernst Jansen Steur. Who argued for years misdiagnosis, could no longer do his work in the Netherlands and then went to work in Germany. Schippers came up with the idea for the mandatory European exchange of such data.,, This is a good first step at European level with which we protect patients from health care providers who do not function properly. That's good for the quality and safety of care. At the same time, you see that not all reporting countries. We have to look at each other: what works well and what could be better. ''