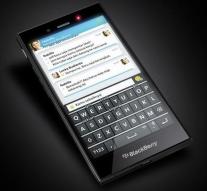 - BlackBerry cease as of Monday all its operations in Pakistan. According to the Canadian company demanded the Pakistani government to inspect various communications services and that the company refuses to cooperate. The consequence BlackBerry that's his work in the Asian country can not run longer.

According BlackBerry was the Pakistani government in particular to implement the BlackBerry Enterprise Services (BES) of the company. Thanks to businesses BES communications to, from and between employees leave completely shielded place. BlackBerry is otherwise known for years for its excellent record in the field of privacy protection. Despite the fact that the Pakistanis were not interested in the BES counterpart for individuals, BlackBerry Internet Services, Canadians have nevertheless decided to also leave the consumer market.
NEW