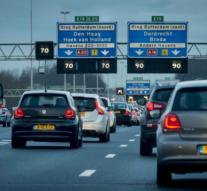 amsterdam - The police are in serious car accidents use the data that is built in modern vehicles. Modern cars have the so-called Event Data Recorder, similar to a black box of an airplane.

That the AD reports. The EDR records include time, location, braking, speed, position of the pedals and functioning of the airbags. In severe accidents in which the Department of Traffic Accidents Police Analysis conducts research, the last five seconds to the accident at the EDR are read. The technique has been around longer, but was used sparingly.

After a successful trial in Rotterdam go seven out of ten police districts this year to work with the technology.