Home / World / Bjorn (34) from Haaksbergen was injured in Turkish hospital 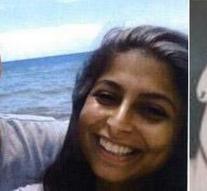 - Haaksbergenaar Bjorn Breukers, 34, had serious injuries in a Turkish hospital in early July. Shortly before that, he was still together with his friend, Joey Hoffmann, 21, who is still not right.

In May, Breukers gave a kidney to his wife Derya. Before that he had to stay in the hospital for a few days.