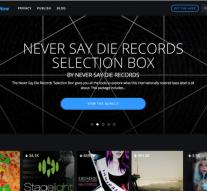 - BitTorrent has already pulled the plug from its streaming service BitTorrent Now after four months. Also dismissed the company's two CEOs and an unknown number of other staff and a studio in Los Angeles was closed. That Variety report based on anonymous sources.

BitTorrent founder Bram Cohen sent according to the sources earlier this week an e-mail about the changes to the staff. The company had invested millions in the streaming service.

It is not the first time that BitTorrent, which designed a protocol to distribute downloads peer-to-peer, is trying to transform it into a media company. In 2008 the company had an Entertainment Store including films, which would be successful. The BitTorrent protocol is still mainly used for illegal downloading.